Nanotechnology is the key feature of my professional life, including both my research and my own company. Focus areas of my academic carrier include spin-related phenomena in 2D-semiconductors (Diploma, Germany), interaction between superconductors and ferromagnets at the nanoscale (Ph. D., Belgium), nanofluidics for studying DNA at the single molecule level (postdoc, Sweden), and nanoplasmonic sensing in nanofluidic systems (current postdoc position, Sweden). After writing the book ‘Nanostructured Superconductors‘, which is my most extensive work in science so far, my academic interest turned recently to more applied subjects in the field of life science. Due to the variety of my research topics, I gained a broad background in experimental techniques related to nanotechnology, which is also the basis for my own company in the field of prototyping at the nanoscale.

May 2004: Diploma in Physics at the Department of Physics, University of Hanover, Germany

February 2010 – October 2012: Postdoctoral position at the Department of Physics, University of Gothenburg, Sweden 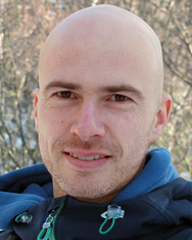